Investing means giving up some of your money now with the expectation of getting even more money in return in the future.  Did you catch that?  Money.  Investing is about money. The bottom line when it comes to investing in stock (or anything else for that matter) is that you want a company that can profitably convert its goods and/or services into cash, lots and lots of cash.  Well, isn’t that incredibly obvious?  You would think so, but when it comes to identifying companies to invest in, it can be oh so easy to take your eye off the ball.  Following are 3 principles that can help you to avoid getting distracted and maintain an investment-oriented focus for deciding which companies to invest in.

3 Principles For Finding Companies To Invest In

Principle #1 – Don’t Confuse Investing With Donating to a Cause 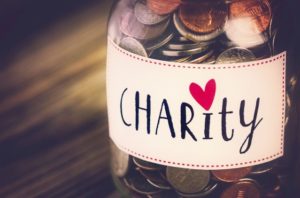 When considering investing in a company’s stock it’s vitally important to distinguish between evaluating the company vs. considering the companies valuation.  To evaluate a company means to consider its overall suitability as an investment and to otherwise determine whether you’re comfortable with it.  In other words, I don’t ever recommend investing in a company if you have a problem with the kind of business they’re in, or the goods and services they produce.  For example, if you think smoking is bad for society then by all means don’t invest in a cigarette company, no matter how well you might think the stock will perform.  Having said that, once you’ve evaluated a company and determined that you don’t have any ethical or moral problems with its business, it’s then time to consider the valuation of the company, or how much it’s stock is actually worth in dollars.

This is an important concept, because people sometimes confuse investing with donating to a worthwhile cause.  For example, if a company is pursuing green initiatives such as clean energy, there are certain people who will almost blindly pour money into it.  Is that a wise or unwise use of money?  It depends.  If your intention is to “invest” in a clean energy company without a thorough analysis of its business prospects then you’re acting unwisely because remember, when investing, the question you’re asking is not whether a company can save the world, but whether they can bring their products to market and generate a pile of cash in the process.  On the other hand, funding a clean energy company can be a good use of your money even though it may be years away from producing a commercially viable prototype if your primary intention is to help the environment and profit is an afterthought (or not a consideration at all).

In summary, when looking for companies to invest in I think we would all like to invest in companies that both benefit society and would make us a lot of money in the process, but the reality is that such investment opportunities are few and far between.  In other words, most companies aren’t out there saving the world, but they’re not destroying it either.  Instead, they’re usually somewhere in between, trying to make as much money as they reasonably can by selling their products and services within the confines of the law and their business practices.  For that reason, my recommendation is that if you intend to use your money to donate to a cause that will help society then by all means do so, but temper your expectations of getting anything (or even nothing) in return.  On the other hand, if your intention is to invest in a company’s stock with the expectation of a solid financial return, make sure to keep your focus on the profit generating aspects of the company.

Principle #2 – Investing is About More Than Products, Services and Technology

Again, investing is about making money; it’s not about products, services, or technological advances in and of themselves, no matter how groundbreaking, novel, beneficial or noteworthy they may 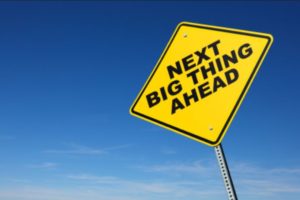 be.[1]  To illustrate, I was once doing onsite professional work at a company.  During one visit I noticed that an employee had a yellow sticky affixed to their computer on which they had written the most popular, trendy dot.com companies of the day – companies whose stock had skyrocketed even though they had no proven profit-making business models.  We talked for a minute and I said, “I noticed you’re a big fan of dot.com companies.”  The person said yes, and that they were an enthusiastic investor in them, to which I said, “Aren’t you concerned about the high valuations of these companies, even though they’re not making money?”  To that the person said, “It’s not about valuation, it’s about revolution.”  Upon hearing that my immediate thought was, “SELL!  Everybody sell your dot.com stocks now!”

Why my reaction?  Because it became clear to me that the whole dot.com-induced investment mentality had become so enamored with the life-changing technologies bringing on the Information Age that it had become unhinged from financial reality.  But like any other law, financial reality cannot be defied forever, and not that long afterwards the vast majority of the dot.com’s burned through the remainder of their cash and crashed in spectacular fashion, leaving only those companies that had focused on realistic, workable, and sustainable profit-generating activities (Amazon and eBay, for example).  The lesson?  Remember that investing is not-about the products, technology, or services of a company, but whether a company can covert its products, services, or technology into more money (profit) than it costs to generate those products, services or technology! 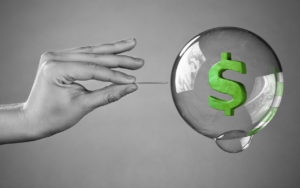 When deciding which companies to invest in you may begin to notice that companies can be hip one day with a high-flying stock price and fall out of favor the next leaving their stock in the tank.  Does that make sense?  Does the financial outlook of companies really rise and fall so quickly?  While it is possible, in the short-term a company’s stock (and the market itself) can frequently be driven by a herd mentality.  Warren Buffet has a great quote that summarizes this concept: “In the short run, the market’s a voting machine, and sometimes people vote very non-intelligently.  In the long run, it’s a weighing machine, and the weight of business and how it does is what affects values over time.”

In other words, over the long haul investing isn’t a popularity contest.  No, in the end investing is about substance (or “weight”), or how much profit a company can churn out over time.  So don’t get caught up in the hype and buy into a company just because it’s the latest market darling (you’ll likely buy too high), and don’t abandon ship just because a company is getting beat up in the media for making an understandable mistake (you’ll likely sell too low).  Instead, step back, get some perspective, consider the big picture, and base your investment decisions on a company’s medium and long-term profit potential.

Summary of Companies to Invest In

When you boil it all down, all well-run companies have at least one thing in common: they’re trying convert their goods, services, and/or technology into as much cash profit as they can in accordance with the law and their overall business principles.  In other words, at their core, companies (or any other kind of investment) are capitalistic, profit-centered money-making machines.  If you don’t remember that then I don’t think you can ever properly judge the actual monetary value of a company’s stock.  So, to maintain that investor-oriented focus, keep the following 3 things in mind:

[1] Also, don’t automatically dismiss as an investment opportunity what may on the surface appear to be mundane or “boring” company.  Fortunes have been made in the garbage collection business, and Gillette has made billions by cranking out massive quantities of sharp little strips of steel called razor blades!