My Current Position In Fitbit Inc.

I’ve been watching Fitbit Inc (symbol: FIT) over the last couple of years.  During that time I’ve bought and sold shares of Fitbit here and there.  During August of 2017 I began getting more serious and started purchasing shares fairly regularly.  As of January 30th, 2018 I currently own 7,630 shares of Fitbit.  With 1,930 in retirement accounts and the remaining 5,700 in my personal brokerage account.  I have just $40k invested in Fitbit. with their current share price of $5.22.  I’m currently averaging a cost basis per a share of $6.11 (I’m down just around $6,800).  I plan to add an additional $5k over the next month to put my total original investment just above $50k. 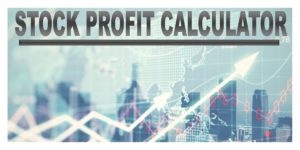 Stock Profit Calculator That Allows You To See Different Scenarios

There were a few things to call about about the latest earnings report for the fiscal Q3 ending on September 30th, 2017.

The Long Term Strategy Of Fitbit

If Fitbit is able to enter into the healthcare side of things.  I believe there is a lot of potential for this company.  During FY18 I’ll be looking for YoY sales increases and their plan for expanding their services.  I still believe that Fitbit is undervalue at it’s current price.  With the market cap just under $1.3 billion, this company has a lot of room to go, if they can prove to the market their value.

Follow us
Posted in Investing and tagged Fitbit Inc, My Investments.